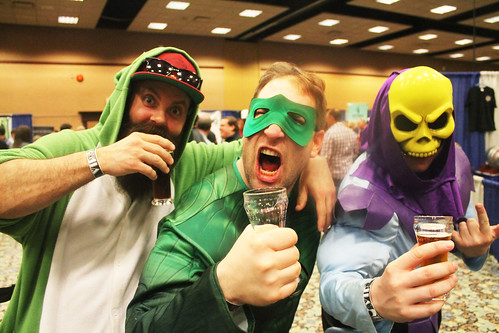 Around 5,000 people came to Penticton to celebrate everything craft beer at the 21st annual Okanagan Fest of Ale.

The two-day event, held April 8 and 9 at the Penticton Trade and Convention Centre, featured 175 different beers and ciders from 55 craft brewers.

The Judges’ Choice award ended up with Persephone Pale Ale, from Persephone Brewing Company out of Gibsons B.C.

There were no Penticton breweries named for best-in-class by the judges panel in terms of brews, however in the people’s choice awards, voted on by attendees of the festival, Brodo Kitchen took home the Best Food award, and Bad Tattoo Brewing Company won Best Label design by local tattoo artist Alex Black.

“We were thrilled to once again have such an esteemed panel of judges,” said Warren Everton, Fest of Ale judging chair. “They had a difficult job tasting and evaluating 106 different beers and ciders to determine the best entries in 14 different categories, and then to agree on the overall Best in Show award.”

The People’s Choice Awards, voted for by guests at the event: